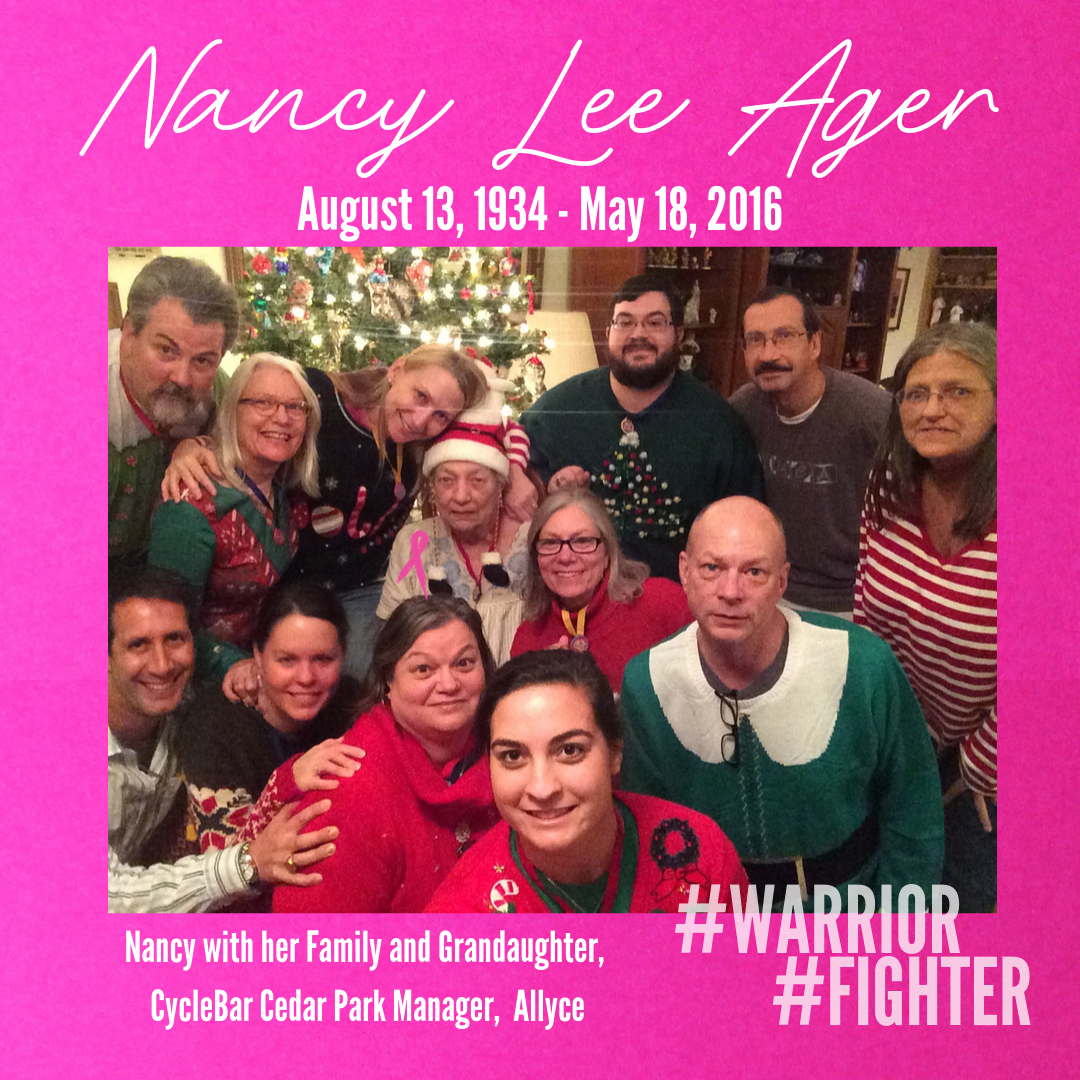 My name is Allyce and in September of 2014 my Grandmother was diagnosed with breast cancer. She ran into a door one day and bruised her chest. After it not healing a few weeks later she went to the doctor and told her she needed a biopsy. My mom went with her to get her results and she was diagnosed with breast cancer. After 6 months of chemo they went in to try to remove the mass believing it had shrunk. Instead it had grown and her diagnosis was Stage 4 triple negative breast cancer. They removed the mass and her lymph nodes but could not get everything. She went through 4 month of radiation treatment. After having trouble breathing she discovered her cancer had metastasized on her lungs. They tried a new round of specialized chemo but it didn't help. The entire family gathered December 2015 knowing it would be her last Christmas. After Christmas, the doctor gave her 6 months to live. She wasn't done fighting. She enrolled in clinical trials knowing that if it didn't extent her life it would help extend others. However, her lung condition deteriorated and she went into the hospital on a Saturday night May 8th, 2016 and began to improve. She was expected to be discharged a week later. Unfortunately on Wednesday May 18, 2016 her battle ended and so did our time with her.